While You weren't Looking 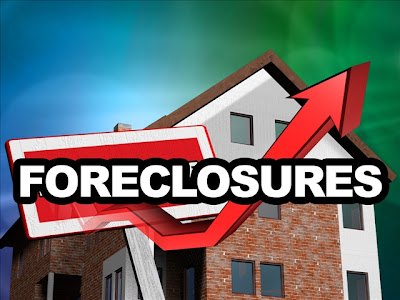 Does anyone remember those days not so long ago when nearly everyone was talking about the economic gap between rich and the poor? Now, when was the last time you heard someone say anything about this gap? You haven't, because the disparity gap is being successfully combated.
Here's one of the weapons used to chip away at the "Haves" and bring them equal with the "Have Nots"
Wealth Re-Distribution is one just one of the weapons that our President has deployed on the haves without ever considering that these "haves" may also be employers, But his capital has been levied against with  taxes to the point that he can no longer afford to keep employment doors open.
Going back to biblical times there have been protests about the concentration of wealth. It thus seems that there must be some underlying reasons why this remains a popular idea. Several arguments can be made in favor of a more equitable distribution of wealth.
Arguments For
The moral argument:
Many of the major religions condemn the accumulation of wealth. The most obvious example is found in the well-known sayings of Jesus. But many eastern religions expect their true followers to disdain wealth, or in some cases material possessions altogether.
The fairness argument:
As all people come into the world equally helpless they should ultimately reach at least approximate equality of condition when they mature. People have an innate sense of what is fair as many psychological experiments have demonstrated. The intrinsic sense of fairness requires basic economic equality.

The economic efficiency argument:
Having a population with gross inequalities of wealth causes economic inefficiencies. For example, if too many people are too poor there will be limited markets for the output of industry and agriculture. This will limit the growth potential of the economy. Some also argue that excessive wealth produces waste as the rich spend there money on items which are economically inefficient. Buying jewelry instead of investing in new enterprises.
The social stability argument:
When societies get too out of balance social unrest increases. In the most extreme cases this leads to civil disturbance or revolution. This resentment against the wealthy may lead to their death or banishment and the forcible taking of their property. The most popularly cited example is the French revolution, but there are many other cases. Even where the rebellion doesn't succeed the damage to the society may be severe and long lasting.
The democratic argument:
The concentration of wealth in a small group allows for anti-democratic influence of social policy. The wealthy have the ability to create their own "think tanks" and astro-turf front organizations. These are then used to create the perception that the public is in support of their self-serving objectives. Recent studies have shown how these techniques were used in the repeal of the estate tax debate as well as in the rise of new factions opposing the liberal social policies of the Episcopal Church. When such vast amounts of money are under the control of a tiny group the basic mechanisms of democracy are undermined.
My Argument:
Progressive taxation is socialist wealth redistribution and state theft. Whatever may happen in the future, for the present at any rate, progressive taxation is the chief means of redistributing incomes, and, without it, the scope of such a policy would be very limited.
As is true of many similar measures, progressive taxation has assumed its present importance as a result of having been smuggled in under false pretenses. ﻿ ﻿
In 1848 Karl Marx and Friedrich Engels frankly proposed "a heavy progressive or graduated income tax" as one of the measures by which, after the first stage of the revolution, "the proletariat will use its political supremacy to wrest, by degrees, all capital from the bourgeois, to centralize all instruments of production in the hands of the state." And these measures they described as "means of despotic inroads on the right of property, and on the condition of bourgeois production ... measures ...which appear economically insufficient and untenable but which, in the course of the movement outstrip themselves, necessitate further inroads upon the old social order and are unavoidable as a means of entirely revolutionizing the mode of production.".
Perhaps this is where President Obama get his Marxist ideaology. I am certain that most people would agree that stealing would not be considered a moral act, even if what was stolen was given to someone who needed it more than its original owner. Imagine someone walking into your home and taking $10,000 off your table, walking out the door, and giving your $10,000 to someone else. There are few who would stand for this, but every year we allow the federal government to essentially do the same thing with little more than a grumble on tax day. We would fight off a burglar in our home, but do nothing to fight off the government burglar who pilfers from our coffers.
In these times of inequality of wealth we hear a lot from the left about wealth redistribution, laws to set ratios between the salaries of workers and CEOs and other ideas to try to force an economic egalitarianism on the free market as the expression of a socialistic ideal of economic class warfare.
It is assumed on the left that the welfare of the people as a whole is threatened by growing wealth inequality, that the rich increase their wealth at the expense of the rest of society, and that our current unstable economic times have created opportunities for unscrupulous businessmen to enrich themselves while driving down the economy for everyone else. This is the fallacy of inelastic wealth, which mistakenly assumes that increase of wealth in one sector comes from the other sectors of the economy rather than primarily from that part of the economy which is growing.﻿ ﻿ ﻿
﻿
This theory is fundamentally untrue, but it is the basis for what Edmund Burke described as the desire to "cut the throats of the rich" for the benefit of society. Just as there was more than 200 years ago, there is an element of the political left today which is absolutely convinced that if you just took away the earnings of the wealthy class and redistributed them, you'd be able to make everyone equal and solve all the problems of poverty.
Burke summed up this economic dynamic, which the equalizers don't understand, succinctly when he wrote to Prime Minister Pitt advising against such a policy:


The laboring people are only poor because they are numerous. Numbers in their nature imply poverty. In a fair distribution among a vast multitude none can have much. That class of dependent pensioners called the rich is so extremely small, that, if all their throats were cut, and a distribution made of all they consume in a year, it would not give a bit of bread and cheese for one night's supper to those who labor, and who in reality feed both the pensioners and themselves.
Many people who support socialism, do so because they want a fair, poverty free world, with justice for all. Therefore, if you support socialism, i.e. wealth redistribution and a large government that deploys a heavy set of social programs to achieve all that, I would just like to let you know of the following:

The socialist methods deployed to supposedly achieve a better world unleash an avalanche of negative side effects that utterly dwarfs any of their original intentions, and brings more poverty, more inequality, more injustice, less prosperity, and more misery. This is because those methods go against an essence of human nature that cannot be changed even by people with the best of intentions.


Much of the money that goes to the government ends up being wasted, resulting in ineffective government programs, and less wealth for everybody.
Many are tempted to assume that money collected by the government goes to help the poor and downtrodden. However, much of that money ends up in the hands of the rich and politically connected, those who have the most resources and ability to lobby for it.
Socialism concentrates money and power in the hands of the government. When government grows, the greedy and corrupt don’t go away. Conversely, they now have a more powerful tool in their hands, the government itself.
The transfer of earned wealth that socialist policies mandate are a detriment to entrepreneurship and innovation. Entrepreneurship and innovation are driven by the potential for material rewards. If we take away or reduce the material rewards, we’ll have less innovation. Less innovation means less of all the cool, useful, and life-saving stuff we all love.
High taxes and government regulations make it more difficult to start and grow a business, thereby leaving much greater opportunities for those who are already rich and have the resources to overcome those difficulties.
Social programs create more demand and need for those very programs in a self perpetuating cycle because given government handouts, people come to expect and rely on them. And therefore, you can never spend enough, because the more you do, the greater the need to do so becomes.
Social programs are a disincentive to work and act responsibly. After all, if some or all of your needs are taken care of, and if someone else picks up the tab whenever something goes wrong, why would you worry about such minor details as work ethic, productivity, financial responsibility and family obligations? Consequently, when productivity takes a downturn, leading to a shrinking economy, guess who suffers… everybody! Oh and as always, the rich suffer the least.
Posted by Bobby Greer at 1:48 PM