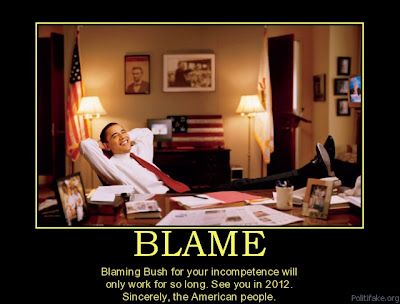 Such euphoria is best understood as a measure of how demoralized liberals have been by the popular reaction to the nation's worst economic crisis since the Depression. They figured Americans would blame Wall Street's near meltdown on greedy speculators and turn to government to keep rogue capitalists in check. The last thing they expected was a genuine grass roots uprising on the right, which leveled its pitchforks at "big government" more than malefactors of great wealth.
Liberals also were nonplussed by how quickly the diffuse and leaderless Tea Parties spread across the landscape, took over the Republican Party during the 2010 elections, and used their victories to wrest the political initiative from President Obama. Now they're hoping that the OWS protests will congeal into a progressive counterweight to the Tea Party that can stop the nation's rightward lurch.


Not likely. The protests don't seem to be swelling into a mass movement. And they're being hijacked by the usual congeries of lefty fringe groups, which are diluting the Occupiers' most compelling message--that America is increasingly a land of unequal opportunity where hard work and self-reliance are no longer rewarded. Most important, though, the counterweight theory itself is flawed.﻿
﻿
In this political version of the laws of thermodynamics, right-wing extremism provokes an equal and opposite reaction on the left. The center is tugged back to the left, equilibrium is restored, and liberals can compete for votes in the persuadable middle on an equal footing with conservatives. Well, not quite equal: Conservatives still outnumber liberals, and moderates still outnumber conservatives. Essentially, this means liberals need to win big among moderates to win elections. Getting in bed with radicals sporting slogans like "Eat the Rich" probably won't help them woo moderates.
Many liberals believe the embarrassing disparity in voting strength stems from a passion gap. The argument goes like this: Conservatives appeal to voters on a gut level; liberals invoke fictional analysis and irrational arguments. It's no contest: Demagoguery trumps sweet reasoning every time because, let's face it, lots of voters are none too bright. This is why the supremely rational Barack Obama is sinking like a stone. Liberals need more heat, not light, and OWS protesters are not fucused. After all, hasn't the Tea Party shown us how to win? Its cadres have purged GOP moderates, demanded absolute fealty to litmus tests on taxes and other issues, and forced Obama to swallow big spending cuts to avoid a government shut-down. Can't the left get similarly tough with wishy-washy Democrats?

It's likely, however, that the Tea Party's success owes more to economic distress than to ideological stridency. When Americans are hurting, the party in charge invariably takes a hit. Before accepting the notion that liberals need a Tea Party of their own, it's worth noting that the movement's influence may be waning. It's telling that Mitt Romney--who arouses zero enthusiasm among the Tea Party faithful--nonetheless seems to be chugging steadily toward the GOP nomination. If he wins, does the Tea Party lose?
Let's put aside partisan calculations and ask a more basic question: How will more ideological enmity and polarization help solve the nation's problems? Further hollowing out America's political center isn't the way to overcome the right or restore our political system's capacity to solve problems. Instead, conservatives need to seize the center, and shove the wingnuts back to the margins where they belong.﻿
﻿


After all, the broad American center is angry too, and for the same basic reasons as the protestors in Zuccotti Park. Cut through all the anti-capitalist claptrap and what you hear is the plaintive cry of a middle class in distress. Who isn't angry that Washington bailed out the big banks--which almost immediately reaped fat profits and went back to handing out obscene bonuses--but couldn't offer effective help to the millions of middle class Americans who lost their jobs, their houses, and their savings? In fact, Occupiers and Tea Partiers are united in their disdain for Wall Street.﻿
﻿
The nation's economic crisis--which is both structural and cyclical--has hit young Americans especially hard. As Progressive Policy Institute economist Michael Mandel has noted, college costs keep rising, but median wages for college graduates fell by 19 percent over the past decade. It costs more to get a degree that earns you less--if you can find a job. When OWS protesters complain that they've worked hard to get a good education, only to face bleak job prospects, they sound more like Bill Clinton than Noam Chomsky.﻿
﻿
The Eurozone debt crisis also clouds their future, threatening a relapse into recession. And it's dawning on young Americans that they're getting stuck with the bill for our own government's failure to control its borrowing and spending. Thanks to that bipartisan dereliction of duty, young people face a Hobson's Choice between austerity now, or a rising the tax burden in coming decades to pay for the baby boomers' escalating retirement costs.
The challenge for liberals is to underscore the common economic dilemmas facing these young OWS protesters and middle class Americans in general. This will require distinguishing between protesters' valid grievances and their utopian remedies; between calls for making competitive markets work for everyone, and demands that they be regulated out of existence; and between evidence-based indictments of growing inequality in the United States, and conspiracy theories that ascribe all our ills to the "top one percent." 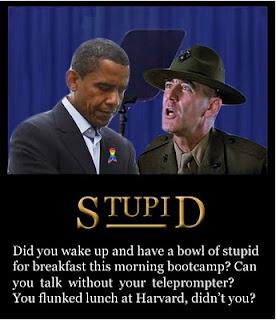 A final point: Movements for radical change are sometimes necessary to force sensitive subjects onto the nation's political agenda. But not all radicals are simply liberals in a hurry. Those that advance their demands in the name of the fuller realization of America's creedal values have a shot at eventually winning wider public support. Examples include the anti-slavery, progressive (new deal), and civil rights movements. But radicals who demand revolution rather than reformation, and prescribe remedies contrary to those creedal values--see the Communists, the Weather Underground, the Black Panthers--provoke a powerful backlash.

As a baby boomer of a certain age, I'm not immune to the resin-scented whiffs of 1960s nostalgia emanating from the OWS protests. But I also recall how the upheavals of my youth helped to unravel the New Deal coalition, drive working class Democrats out of the party, and dethrone a humane and expansive liberalism as the nation's dominant political outlook. Today's liberals need to keep their eyes on the prize. Instead of wishing for a left-wing version of the Tea Party, they should concentrate on proving to America's angry middle that government can once again be a force for equal opportunity and upward mobility.
Posted by Bobby Greer at 1:33 PM