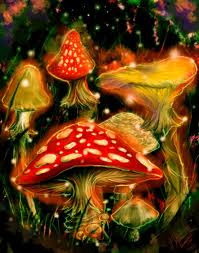 As the military's technology arm, the Defense Advanced Research Projects Agency (DARPA) is charged with ushering in the future of field combat, developing everything from hypersonic planes to robotic allies. But a new project hinted at in the Pentagon's defense budget is piquing outsider interest thanks to some seemingly bewitching connotations.

The agency is being granted $4 million for a project known simply as "Battlefield Illusion." Magic Plan". The goal is to develop a way to induce the enemy with "auditory and visual" hallucinations to lend our troops a "tactical advantage," says Noah Shachtman . The project aims to use new technologies similar to the misdirection techniques utilized by magicians.

Magicians and generals have had a long-standing relationship," says Shachtman. "Harry Houdini snooped on the German and Russian militaries for Scotland Yard. English illusionist Jasper Maskelyne is reported to have created dummy submarines and fake tanks to distract Rommel's army during World War II." And during the Cold War, the CIA paid magician John Mulholland $3,000 to write a manual on "misdirection, concealment, and stagecraft.


Other military contractors have been developing "invisibility cloaks" to hide the infrared signatures of military vehicles. In the past, both the U.K. and U.S. governments have looked into weaponizing hallucinogens like LSD for combat use. And early in the war on terror, defense technology experts "floated the idea of a 'Voice of God' weapon," says Shachtman, which would have used "directed sound waves to convince would-be jihadist that Allah was speaking in their ears — and ordering them to put down their suicide belts." Sounds like magic, doesn't it?

So much conspiracy and disinformation surrounds the military’s past work on LSD and other chemical agents that it’s been difficult to separate fact from fiction. That’s starting to change, however.

This may be the first and last time in my life that I call a self-published book a "must read," but psychiatrist James Ketchum’s Chemical Warfare: Secrets Almost Forgotten is a usual case.  As Steve After good of Secrecy News has already pointed out, this book "is a candid, not entirely flattering, sometimes morbidly amusing account of a little-documented aspect of Army research."

Ketchum’s book is also discussed in an article published in USA Today, which provides a brief description of the work Ketchum was involved in. The program, which ran at the Army’s Edgewood, Md., arsenal from 1955 until about 1972, concluded that counterculture staples such as acid and pot were either too unpredictable or too mellow to be useful as weapons, Ketchum said in an interview.

The program did yield one hallucinogenic weapon: softball-size artillery rounds that were filled with powdered quinuclidinyl benzilate or BZ, a deliriant of the belladonnoid family that had placed some research subjects in a sleeplike state and left them impaired for days. 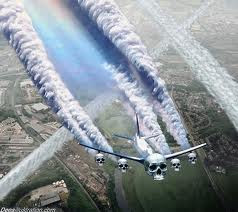 Ketchum says the BZ bombs were stockpiled at an Army arsenal in Arkansas but never deployed. They were later destroyed.

The Army acknowledged the program’s existence in 1975. Follow-up studies by the Army in 1978 and the National Academy of Sciences in 1981 found that volunteers suffered no long-term effects.

When Ketchum first sent me his book two months ago, I didn’t know quite what to make of the self-published tome. I had recently published an article on "mind control," another subject that too easily conflates fact and fantasy. But after reading some of the literature, I’ve come to understand this book’s importance a bit better and am all the more grateful Ketchum sent it.

BZ remains a controversial subject. DANGER ROOM contributor David Hambling has written about allegations that Iraqi insurgents used BZ to make themselves more aggressive. The predominant interest in BZ at Edgewood was as a calmative agent, however, and one of the purposes of Ketchum’s book is to make the case for renewed work into such chemical agents.
Ketchum has a point of view that won’t be popular among a lot of people, but that’s why his book is all the more difficult to put down — I found myself constantly amazed, disgusted and fascinated. It’s a little like the guilty pleasure of reading someone’s diary.
Some of the "oh my God" moments are perhaps unintended, like when Ketchum opens a chapter at his kitchen table, "eating Puffed Wheat" and reading notes about a test subject’s descent into paranoia during LSD tests. Or, in another case, when he describes watching volunteers "carry on conversations with various invisible people for as long as 2-3 days." There are test subjects who "salute latrines" and attempt to "revive a gas mask" that they mistake for a woman.
Yikes, you can’t make this stuff up.
Then there are the moments that military craziness surprises even Ketchum, like when a general envisions a scheme to incapacitate an entire trawler with aerosolized BZ. Ketchum thinks the notion strange, but "welcomed yet another bizarre challenge…" The work is, appropriately enough, dubbed Project DORK. Ketchum revels in this work, particularly when given the chance to make a feature film about the experiment.
What a first person narrative may lack in self-awareness it gains in details.
One of Ketchum’s contentions is that the soldiers involved in the Edgewood work were not "guinea pigs," but rather patriots that were enticed by a few benefits. Some, no doubt, will disagree with this point of view, and at times, Ketchum seems to undermine the premise of informed consent, like when he marvels at the uneducated volunteers:
I was fascinated by the ability of unsophisticated subjects, none having more than high school diplomas, to describe their thoughts and emotions, as well what some might refer to as "ineffable" perceptual alteration. They communicated ungrammatically but with unvarnished simplicity.
In another era, a writer might have used the phrase noble savages.
This is not a book that deeply explores the ethical dimensions of chemical warfare and experimentation. For that, you may want to read Jonathan Moreno’s excellent Mind Wars. But those who just want the gritty details of past research, it’s worth checking out Ketchum’s memoir, which also contains a wealth of references and data specific to the military’s work.
Regardless of personal views, I’m thrilled that Ketchum took the time to put it all down on paper, providing a valuable reference to inform the chemical warfare debate and a resource for future writers on the subject. I know of no book quite like his.
Too much work on human experimentation has been shrouded in secrecy — or lost and destroyed — rendering a meaningful debate all but impossible.
Ketchum has helped build the historical record. 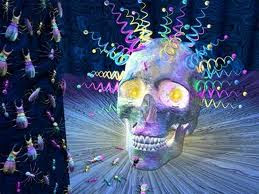