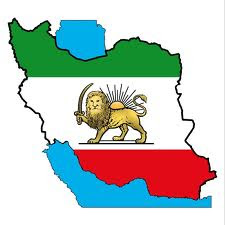 Iran is poised to greatly expand uranium enrichment at a fortified underground bunker to a point that would boost how quickly it could make nuclear warheads, and is building and a missile with a range of 10,000 kilometers, right or wrong, Islamic Iran is once again being cast as a pariah within the global community by its theocratic cousin Israel. And with animus and suspicion defining their relationship, is it any wonder the nuclear expertise of either state is considered an existential threat by each to the detriment of progressive regulative authority on nuclear resources in the Middle East? Until the root cause of Israeli and Iranian animosity is addressed the nuclear technology of Iran will surely remains questionable.

They said Tehran has put finishing touches on an installation that houses thousands of new next-generation centrifuges at the cavernous facility, machines that can produce enriched uranium much more quickly and efficiently than its present machines.

While saying that the electrical circuitry, piping and supporting equipment for the new centrifuges was now in place, sources emphasized that Tehran had not started installing the new machines at its Fordo facility and could not say whether it was planning to.


Still, the senior diplomats who asked for anonymity because their information was privileged suggested that Tehran would have little reason to prepare the ground for the better centrifuges unless it planned to operate them.


The reported work at Fordo appeared to reflect Iran's determination to forge ahead with nuclear activity that could be used to make atomic arms despite rapidly escalating international sanctions and the latent threat of an Israeli military strike on its nuclear facilities.

Fordo could be used to make fissile warhead material even without such an upgrade. Although older than Iran's new generation machines, the centrifuges now operating there can be reconfigured within days to make such material because they already are enriching to 20 percent a level that can be boosted quickly to weapons-grade quality.

For too long destroying the Iranian nuclear industry has been seen by Israel as the only solution, apparently. Yet bombing Iran does not rectify the problematic relationship between Israel and Iran. An attack on Iran would not necessarily prevent subsequent strategic nuclear development by Iran for the basic sake of future state security. It could lead to a greater resolve by Israel to develop still greater weapons of mass destruction to handle the possibility. And so it goes Uranium enrichment U.N. inspections may well prove Iranian proclamations on their peacefu nuclear intentions, but they do nothing about the political divisions between the theocracies of Iran and Israel.

They don't change the basic fact that uranium enrichment can produce both nuclear weapons and energy. And if animus and mistrust remain between Israel and Iran, so might the desire for greater defense systems.

Iranian officials deny nuclear weapons aspirations, saying the claims are based on bogus intelligence from the US and Israel. But IAEA chief Yukiya Amano has said there are increasing indications of such activity.

His concerns were outlined in 13-page summary late last year listing clandestine activities that either can be used in civilian or military nuclear programs, or "are specific to nuclear weapons."Among these were indications that Iran has conducted high explosives testing and detonator development to set off a nuclear charge, as well as computer modeling of a core of a nuclear warhead.


The report also cited preparatory work for a nuclear weapons test and development of a nuclear payload for Iran's Shahab 3 intermediate range missile a weapon that could reach Israel.

Iran says it is enriching only to make nuclear fuel. But because enrichment can also create fissile warhead material, the UN Security Council has imposed sanctions on Tehran in a failed attempt to force it to stop.

More recently, the US, the European Union and other Western allies have either tightened up their own sanctions or rapidly put new penalties in place striking at the heart of Iran's oil exports lifeline and its financial system.

The most recent squeeze on Iran was announced Friday, when SWIFT, a financial clearinghouse used by virtually every country and major corporation in the world, agreed to shut out the Islamic Republic from its network.

The choke-holds are being applied in part to persuade Israel to hold off on potential military strikes on Iranian nuclear facilities among them Fordo, a main Israeli concern because it is dug deep into a mountain and could be impervious to the most powerful bunker busting bombs. 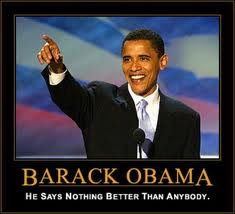 If Obama continues on his current path, he could well have a conflict. For this reason alone, he should change course. There are two possible outcomes of the barrage of words being launched here: a war that starts inadvertently (what, one wonders, would be the reaction today if a British naval patrol in the Gulf were captured by the Iranians, as happened four years ago?); or a war that starts after an attack by Israel. A negotiated climb-down by both sides is the least likely option, although the venue for one still exists. The next round of talks between Iran and the five permanent members of the UN Security Council plus Germany will be held in Istanbul. Failing any breakthrough there, western policy is caught in a cleft stick.

The British foreign secretary, William Hague, warned on successive days that the Iranian nuclear programme could trigger a Middle East cold war and that Israeli military action to forestall it would be unwise. And yet, if you do not believe that sanctions will deter Tehran from its alleged pursuit of nuclear weapons (and this newspaper talked to senior US officials who do not), one judgment inexorably leads to the other.

So competing voices in the US administration are both upping the ante and scurrying every month to Jerusalem to restrain Ehud Barak and Binyamin Netanyahu from doing what they have long promised to do. The latest visitor to Israel is Tom Donilon, Barack Obama's national security adviser. Long before coming to power, Netanyahu said that Israel's date with destiny lay with Iran, not the Palestinians. And there is no reason to disbelieve his intention to attack Iran.

One does not have to doubt the sincerity of Obama's extended hand to Iran at the start of his presidency, or the two personal letters he wrote to its supreme leader, Ayatollah Ali Khamenei, to worry about the direction in which his administration's policies are leading him now.

Obama is no George W Bush. This president has not pulled out of Iraq, and started the drawdown in Afghanistan, only to start a conflict with a country with the power to mess up both Iraq and Afghanistan if attacked. But if he continues on this path, he could well have a conflict. For this reason alone, he should change course.


So competing voices in the US administration are both upping the ante and scurrying every month to Jerusalem to restrain Ehud Barak and Binyamin Netanyahu from doing what they have long promised to do. The latest visitor to Israel is Tom Donilon, Barack Obama's national security adviser. Long before coming to power, Netanyahu said that Israel's date with destiny lay with Iran, not the Palestinians. And there is no reason to disbelieve his intention to attack Iran.

A way out still exists: it means allowing Iran the ability to produce civilian nuclear energy as it is entitled to do under the non-proliferation treaty. To date, Iran has not broken the provisions of the NPT. The IAEA has a list of unanswered questions about suspected research into warhead miniaturization and nuclear triggers, but nothing has been proved. The gap between suspicion and proof creates the space for negotiation which would cap the amount of low-enriched uranium hexafluoride that Iran could produce, limit the sites in which such enrichment could take place, and prevent enrichment to military-grade levels. President Mahmoud Ahmadinejad, whose "deviant current" is battling Khamenei for candidates in the forthcoming parliamentary elections, has offered to stop higher enrichment in exchange for fuel rods. At the moment Iran, Israel and US are watching who will blink first. In the Middle East, that is a dangerous activity.