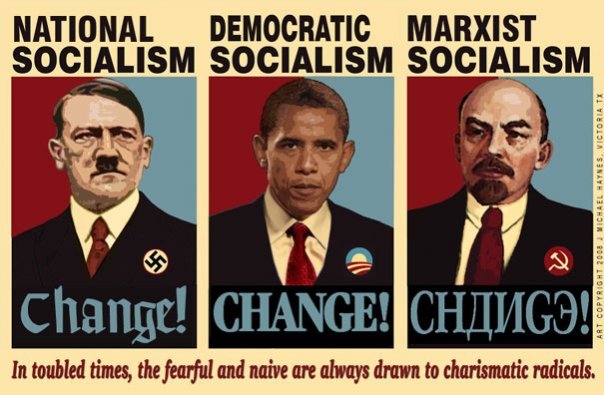 The danger to America is not Barack Obama, but a citizenry capable of entrusting a man like him with the Presidency. It will be far easier to limit and undo the follies of an Obama presidency than to restore the necessary common sense and good judgment to a depraved electorate willing to have such a man for their president. The problem is much deeper and far more serious than Mr. Obama, who is a mere symptom of what ails America. 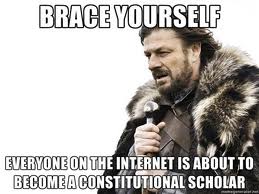 Blaming the prince of fools should not blind anyone to the vast confederacy of fools that made him their prince. The Republic can survive a Barack Obama, who is, after all, merely a fool. It is less likely to survive a multitude of fools, such as those who made him their president.

If you think the terms such as social justice, social engineering, social fairness or anything else with the word social in it has nothing to do with Socialism, Communism, or Marxism, then you are either naïve, or you are one, and you are trying to hide it. Just like alcoholics refuse to admit they are one, Socialist’s also refuse to admit they are one, at least to the public, when they are in groups they brag about it.

Here are some of the goals of the Communist Party set back in 1958, all the ones I have listed have already been injected into our society and are part of our everyday lives.

1. Get control of the schools. Use them as transmission belts for socialism and current Communist propaganda. Soften the curriculum. Get control of teachers’ associations. Put the party line in textbooks.
2. Infiltrate the press. Get control of book-review assignments, editorial writing, policymaking positions.
3.Gain control of key positions in radio, TV, and motion pictures.
4. Eliminate all laws governing obscenity by calling them “censorship” and a violation of free speech and free press. 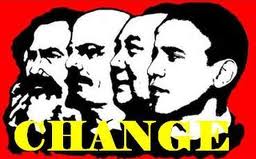 5. Break down cultural standards of morality by promoting pornography and obscenity in books, magazines, motion pictures, radio, and TV.
6. Present homosexuality, degeneracy and promiscuity as “normal, natural, healthy.”
7. Infiltrate the churches and replace revealed religion with “social” religion. Discredit the Bible and emphasize the need for intellectual maturity which does not need a “religious crutch.”
8. Eliminate prayer or any phase of religious expression in the schools on the ground that it violates the principle of “separation of church and state.”
9. Discredit the American Constitution by calling it inadequate, old-fashioned, out of step with modern needs, a hindrance to cooperation between nations on a worldwide basis.
10. Discredit the American Founding Fathers. Present them as selfish aristocrats who had no concern for the “common man.”
11. Infiltrate and gain control of more unions. 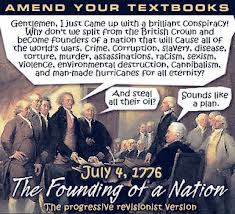 12. Discredit the family as an institution. Encourage promiscuity, masturbation and easy divorce.
13.  Create the impression that violence and insurrection are legitimate aspects of the American tradition; that students and special-interest groups should rise up and use “united force” to solve economic, political or social problems.
Does any of this sound familiar  All this has already crept into our lives and we sit by and ignore it, how many of us even realize this has been going on? Many people will laugh or say this does not mean anything, but that is exactly how it starts. Like the Mafia, Socialists are doing their best work undercover when no one is paying attention. Look back at history, all dictators start out this way, then WAM.
Remember, Liberals, Progressives, Socialists, Communists, Marxists are all cut from the same hunk of wood.
If you think that Socialism is not alive and well in America, you are totally mistaken. There is even a representative of the Socialist Party living in the White House and that is very scary.