We Lost: Put Your Faith In Government Now


In every heart there is, of course, corruption. No one is immune from lust and greed.

Democracy accommodates this need, Embracing what might else lead to destruction.

People cannot people an ideal. Equality's a myth, always has been; No more than something to put favors in, Dependent on the lie that it is real.

Each decision is a battlefield, Not of ideas but of interests, yours and mine,
Calculated shrewdly to define. Exactly what advantage each might yield?

Do not be discouraged: Evil is As much a part of us as love or bliss.

Yet what is not a wound cannot be healed. 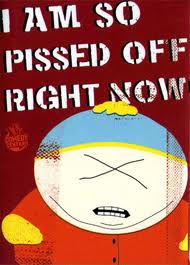 The United States has just had our elections, and nothing has changed. Barack Obama remains president. The Democrats remain in control of the Senate with a non-filibuster-proof majority. The Republicans remain in control of the House of Representatives.
The national political dynamic has resulted in an extended immobilization of the government. With the House -- a body where party discipline is the norm -- under Republican control, passing legislation will be difficult and require compromise. Since the Senate is in Democratic hands, the probability of it overriding any unilateral administrative actions is small. Nevertheless, Obama does not have enough congressional support for dramatic new initiatives, and getting appointments through the Senate that Republicans oppose will be difficult.
There is a quote often attributed to Thomas Jefferson: "That government is best when it governs the least because its people discipline themselves." I am not sure that the current political climate is what was meant by the people disciplining themselves, but it is clear that the people want to imposed profound limits on this government. Its ability to continue what is already being done has not been curbed, but its ability to do much that is new has been blocked.
American politics, like politics everywhere, is a passionate business. The vilification from all sides that follows any mention I make of American politics is both inevitable and unpleasant. Nevertheless, it's my job to chronicle the unfoldings of our political system, and the fact that the United States is now moving away from an election cycle will affect American international behavior and therefore the international system.
The United States remains the center of gravity of the international system. The sheer size of our economy (regardless of our growth rate) and the power of our military (regardless of our current problems) is what makes us unique. Even more important, no single leader of the world is as significant, for good or bad, as the American president. That makes the American presidency, in its broadest sense, a matter that cannot be ignored in studying the international system.
There will be a great deal of unhappiness with the second Obama administration overseas. As much as the world condemns the United States when it does something, at least part of the world is usually demanding some action. Obama will disappoint, but it is not Obama. Just as the elections has paralyze him domestically, reality will limit his foreign policy. Immobilism is something the founders would have been comfortable with, both in domestic politics and in foreign policy. The voters have given the republic a government that will give them both. 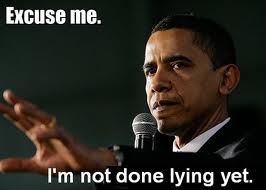 Obama's campaign was about no particular policies. He ran on a platform that famously promised FORWARD!.  His tremendous political achievement was in getting voters to except the concepts in such a way that they would interpreted it to mean precisely what they wanted them to mean without committing Obama to specific policies. To the anti-war faction it meant that the wars would end. To those concerned about unilateralism it meant that unilateralism would be replaced by multilateralism. To those worried about growing inequality it meant that he would end inequality. To those concerned about industrial jobs going overseas it meant that those jobs would stay in the United States.

In 2008, Obama told the Democratic convention: “We measure progress by how many people can find a job that pays the mortgage, whether you can put a little money away at the end of each month” but Obama got it dead wrong in suggesting that four more years of his “let government do it” presidency is the path that will restore the nation’s economic greatness.

One of the hardest things for a young adult to master is the principle that, for the most part, there is nothing that can be done. That is the phase in which the United States finds itself at the moment. It is coming to terms not so much with the limits of power as the nature of power. Great power derives from the understanding of the difference between those things that matter and those that don't, and a ruthless indifference to those that don't. It is a hard thing to learn, but history is patiently teaching it to the United States.