Our unfunded-entitlement train is careening down the tracks about to tip over, but the conductor is lecturing us about staying in our seats until we come to a full stop. I hope that this example was a good metaphor for how our economy appears to both us and the rest of the world.﻿
﻿
That, among other things, was one of the important problems with the president’s State of the Union speech. It was also what was wrong with the GOP response delivered by Rep. Paul Ryan. Neither party is telling the American people the truth about the coming entitlement crunch which threatens not only our fiscal solvency, but our national security, our economic vitality, and ultimately, our way of life. Every year we delay the bitter medicine we must take to get our fiscal house in order adds trillions in unfunded debt to the entitlement burden we already carry.
We expected President Obama to downplay the problem. He’s got a re-election campaign to win and the hugely unpopular entitlement cuts and tax increases that are going to be necessary to address the problem would be his doom if he proposed them. There were exactly two paragraphs in the president’s speech that dealt with this nations entitlement crisis – as if it should be treated as an afterthought rather than as the 3-alarm fire it is. What’s worse, the president made it seem as if fixing our entitlement problems will be a lot easier than it is surely going to be.

He claimed that Obamacare would “slow these rising costs” for Medicare – an extremely dubious claim unproven by the facts – while assuring seniors that we must “strengthen” Social Security without “putting at risk current retirees, the most vulnerable, or people with disabilities; without slashing benefits for future generations; and without subjecting Americans’ guaranteed retirement income to the whims of the stock market.”


In other words, some day in the future, a president is going to wave a magic wand and the trillions of dollars of Social Security unfunded liability is going to disappear. No one suffers. No one gets hurt. Presumably, the “rich” will take a hit, but then no one really cares about them. 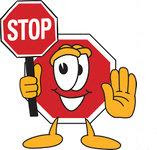 Newsflash: All the easy fixes for our entitlement nightmare have already been tried several times. We’ve raised the retirement age, raised the eligibility age for Medicare, raised Social Security and Medicare taxes – doubling them over the last 30 years. We’ve fiddled, we’ve tweaked, we’ve performed all the dishonest accounting possible, hiding the truth from the American people for as long as we could, and yet – here we are at the gates of fiscal hell, the devil is opening the door and hells fire is the debt that is ever growing and there’s nowhere to run.

Meanwhile, the GOP is riding high at the moment and doesn’t want to sour the mood of the voters with blood curdling tales of $100 trillion plus in unfunded liabilities for Social Security and Medicare. But that’s the reality of our situation and someone, somewhere, somehow is going to have to take the bit in their mouth and lead us out of this house of horrors we’ve constructed for ourselves.
Rep. Ryan, who’s “Roadmap” at least offered an alternative to business as usual, was strangely quiescent about the entitlement mess. Not once in his response to the president’s speech did he mention Social Security or Medicare. Ryan at least had the courage to point out that we were in a major crisis headed for fiscal disaster, but the man who has offered a politically poisonous but realistic alternative stopped far short of endorsing what he so bravely put forth just a few months ago.
Cosmetic gambits like “spending freezes” and “doc fixes” can’t even begin to address the danger. This is political gamesmanship and it should anger us that the politicians know it but do it anyway. It’s not that the crisis is hidden, or has come upon us suddenly. We’ve known for decades where we were headed, but chose the easy way: the politicians ignored the problem, kicking the can down the road, assuming they would be well into retirement — living off their extravagant congressional pensions — before history forced our hand. 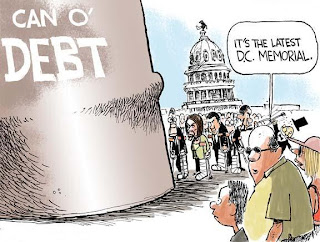 The can has now been kicked into a cul de sac and there’s no way we can start kicking it back down the road. It may not be our fault, but we’re the ones who are going to have to pay for all of these promises so recklessly made by previous generations. One way or another, a solution will be found (or imposed) on us. Those are the only alternatives. Either the politicians will find the political courage (that they won’t get credit for) to start cutting and slashing at the monster or the monster will solve our problem for us by devouring us. To know this just look back through history, The Roman Empire, Ancient Eygipt, Great Britain. That's only three to give an idea as to the severity of this crisis, So, "Will we be the next to fall like Grease?
A few bare bones numbers are needed to prove that this is not hyperbole or political exaggeration. If we were to fulfill the promises made to every American from those born as I write this to the oldest citizen regarding Social Security and Medicare, it will cost us at least $130 trillion. Long before then, the entitlement crunch will have destroyed our economy. By 2016, 71% of the federal budget will be dedicated to paying entitlements of one form or another, the vast percentage of that being Social Security and Medicare.
There are 78 million baby boomers set to retire over the next 20 years, all expecting that monthly Social Security check for the rest of their lives. The significance of this is a matter of demographics. The number of workers paying into Social Security was 5.1 per retiree in 1960; this declined to 3.3 in 2007 and is projected to decline to 2.1 by 2035. We are currently in hock to the Social Security Trust Fund to the tune of $2.5 trillion. This number is expected to rise to $3.8 trillion by 2019. But by 2015, payments to Social Security beneficiaries will begin to exceed tax receipts. And by 2037, payments to recipients would start declining automatically – whether we wanted them to or not. The Trust Fund would be exhausted and Congress would be unable to tap any other revenue streams from the government to pay for it.

Is it any wonder that President Obama or Rep. Ryan chose not to mention how serious the problem really is, and that addressing the crisis is going to be extraordinarily wrenching?

It took our politicians four score and five years to begin to address the evil of slavery. In truth, deals with insoluble dilemmas by working around the edges of the problem, refusing to confront the roots of what ails us. The great compromises of 1820 and 1851 on slavery kept the nation from flying apart but did not address what was eating away at the body politic: that slavery was a wrong that needed to be righted.

We have spent a quarter of a century tinkering with Social Security and Medicare, stretching out the day of reckoning without addressing the fundamental math that underpins both programs: that someday, they would become unsustainable and drag us all to economic calamity.


That day has arrived. But you’d never know it listening to the president the other night with his new spending schemes and “things are getting better all the time” rhetoric. It hardly matters. One way or another, our fiscal crisis will be solved — either through bold and courageous actions that save us or our total collapse which will ruin us.
Posted by Bobby Greer at 6:58 AM

Labels: ignorance and lies, Nation in Trouble, The Black Conservative