We are Witnessing the Collapse of the Middle East 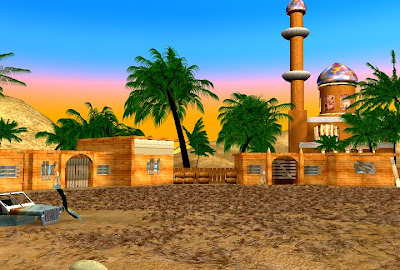 If Egypt should fall, it will mark the beginning of the end for what little remaining stability there is in the Middle East. Jordan is facing similar unrest, as is Algeria and Yemen. Lebanon and Tunisia fell in January. It is highly unlikely that these events are unrelated. A combination of leftist and Islamist forces provoked the protests, and we are likely looking at a ring of radical Islamic states rising up to surround Israel.

Once their power is solidified, they will combine forces to attack Israel. In fact, the Muslim Brotherhood has already said that Egypt should prepare for war with Israel. If Israel falls, the United States will stand alone in a sea of virulent enemies and impotent allies.

So who does Obama support, Mubarak or his enemies?

Obama wasted no time in telling us. He supports Mubarak’s opponents, and probably has been all along. The Los Angeles Times reported on Sunday that the Obama administration favors a role for the Muslim Brotherhood in a new Egyptian government.

The Muslim Brotherhood, the oldest extremist Muslim organization, is behind practically every Muslim terrorist organization ever formed. And while they may have publicly renounced violence as the LA Times article claims, internal documents tell a completely different picture.

And if that weren’t bad enough, Obama’s latest comment to Egypt’s leader is that “…an orderly transition …must begin now.”

Juxtapose Obama’s statements toward our allies with his reaction to the genuine uprising that occurred last year in Iran. Tunisia: “Reform or be overthrown.” Egypt: “…an orderly transition …must begin now.” Iran: “It is not productive… to be seen as meddling." Meanwhile, candidate Obama claimed the terrorist groups Hamas and Hezbollah have “legitimate claims,” and we all remember his mindless Counterterrorism Czar, John Brennan, out to “moderate” Hezbollah members last spring. Hezbollah moderates?

The seeming inconsistency is astonishing. Unfortunately, there is a consistency. Obama uniformly sides with our enemies, but rarely, if ever our friends and allies. His administration is packed with far left radicals and vicious anti-Semites. And therein lies the rub, because what we are witnessing in reality is this President’s un-American, anti-American, treasonous ideology in full play.

Perhaps this is the real reason for Bill Ayers, Bernardine Dohrn, Code Pink’s Medea Benjamin and Jody Evans’ trips to Egypt in 2009. Following those trips, these same people made visits to the White House.

Obama’s breathlessly arrogant answer? Not the same Ayers, Dohrn, Benjamin and Evans. Sure.

A few years back it was quoted by Lynn Stewart, the Guild attorney jailed for helping blind Sheikh, Omar Adel Raman, foment terror from his New York jail cell. One thinks that atheistic radical leftists would be foursquare against a political movement that tramples women’s rights, murders homosexuals and enforces strict theocratic mandates. No such luck Stewart said:

They [radical Islamic movements] are basically forces of national liberation. And I think that we, as persons who are committed to the liberation of oppressed people, should fasten on the need for self-determination…My own sense is that, were the Islamists to be empowered, there would be movements within their own countries…to liberate.

“…movements within their own countries… to liberate.” Given recent developments, her statement was prescient. But I think it had a special meaning. The words “liberate” and “national liberation” hit the sweet spot for leftists everywhere. Because when movement leftists like Stewart talk about “liberation,” they are really talking about communism.

It has been my longstanding assertion that Muslim terrorism is simply a false flag operation, managed in the background by our main enemies, Russia and Red China. This is in no way intended to suggest that radical Muslim movements are not a threat. They are. But almost since the beginning, these organizations have been supported and nurtured by the Soviet Union or their Middle Eastern surrogates. They remain behind the scenes, plausibly deniable, yet are the puppet masters pulling the strings, a fact of which even many of the terrorists are unaware.

Yasser Arafat’s PLO is a prime example. Created by the KGB, the PLO was always about providing a Soviet counterweight to Israel in the Middle East. They were uninterested in the Palestinian cause, and said so! Rather, the Palestinian fight for “statehood” was a PLO invention, created to provide an excuse for aggression against Israel. They said so! Alexander Litvinenko, the KGB defector poisoned by Polonium 210 in what was assumed to be a KGB hit, claimed in his book, Allegations, that al Qaeda’s number two man, Ayman Al Zawahiri, was a Soviet agent. And while today Hezbollah is the defacto ruler of Lebanon, the real power is Ba’athist Syria.

David Horowitz wrote of the alliance between Leftists and Muslim terrorists in his seminal book: Unholy Alliance: Radical Islam and the American Left. He describes in detail how the Left and Muslim radicals work together to achieve their mutual ends: the destruction of America.

It is incomprehensible that President Obama does not recognize the strategic significance of what is happening, and if he does, then his support of Egypt’s sham “democracy movement” is a naked betrayal of our Middle Eastern allies, and by extension, our own country.

Unfortunately, his view is shared by republicans who are so in love with the idea of “democracy” that it doesn’t appear to matter to them that the “democrats” in this case are fanatic mass murderers. At best, it can only be seen as incredibly myopic and ignorant to support Mubarak’s enemies.

People make the same mistake Carter did with Iran and Nicaragua: they commit the logical error of assuming that just because a country’s current leadership is flawed and “undemocratic,” that automatically someone else would do better. Newsflash, they can do worse, and almost without exception, they do, because people who take power by street riot have no interest in “democracy.”

If their street revolutions are successful, these Middle Eastern countries will rapidly degenerate into radical Muslim thugocracies, allied with our communist enemies. Israel will be the first target and with Obama’s radically anti-Israel orientation, they will stand alone. We will be next. One is left to wonder if Obama will then stand to defend the country he swore to, or if he will be out in the streets with his fellow radical leftists burning American flags.

My bet is he will be in the street.
Posted by Bobby Greer at 9:37 AM