Political Correctness Out Of Control 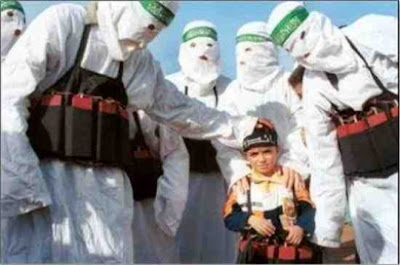 As we try to convince our fellow-citizens that it's time to wake up from their media-induced slumber on the danger of Islamic expansion in the West, our most infuriating barrier is the lockstep unanimity of major media. Yes, it's very nice that the Internet offers outlets for dissenters; without it, Jihadwatch, FrontPage, RightSideNews and TheBlaze.com would be some mimeographed newsletter that would have to be handed out in the parking lot outside gun shows. But there's major credibility difference between material vetted by well-known journalists and broadcast with flashy graphics--regardless of its truthfulness or intellectual quality--and that which guerrilla investigators like myself put out over the Web. This gap has narrowed some over the years, to the point where a really outrageous lie promulgated by the networks can be debunked by prominent websites. But that only happens on individual stories, when reporters make assertions that can be swiftly and soundly refuted by smoking guns, whose ballistics reports are readily available online. When you're trying to convince someone on larger issues, to move him on a subject of the moment and weight entailed in designating a world religion a threat to peace, there's still an in-built debility you must face if all your information is confined to the worldwide Web. Because of the sheer quantity of B.S. available online, your listener is all too apt to ask: "Oh yeah? So why are the only people who agree with you a bunch of anonymous bloggers? Why isn't anyone on television saying this?"

This seems to be truer in Europe than in America; on this side of the pond, we treasure a deep-seated suspicion of authority figures that often serves us well. Sadly, while many Europeans are somewhat more vulnerable to official propaganda (and their political systems are less democratic, thanks to the oligarchic power of the European Union), they are also the very people most in danger from Muslim aggression. That is why it is so refreshing to see a news report like this one:

Christians are "fair game" for insults at the BBC whilst Muslims must not be offended, one of the broadcaster's veteran news anchors has warned.
﻿
﻿ Peter Sissons, whose memoirs are being serialised in the Daily Mail, slammed the BBC for its bias.

Mr. Sissons said: "Islam must not be offended at any price, although Christians are fair game because they do nothing about it if they are offended."

The veteran presenter, who fronted news and current affairs programmes at the BBC, also said that staff damage their careers if they don't follow the BBC's mindset.

He said: "In my view, 'bias' is too blunt a word to describe the subtleties of the pervading culture. The better word is a 'mindset'."

He added that "the one thing guaranteed to damage your career prospects at the BBC is letting it be known that you are at odds with the prevailing and deep-rooted BBC attitude towards Life, the Universe and Everything."

If you want a clear insight into the "BBC attitude," the best place to find it is in Peter Hitchens' moving memoir/polemic The Rage Against God, written partly in answer to his brother Christopher Hitchens' God is not Great. In it, P. Hitchens analyzes the emotional and cultural roots of the jejeune secularism now regnant in Britain--which in theory ought to be far more hostile to Islamic aggression than it is to the hoary, harmless expressions of nostalgic Anglican piety. But in fact this is not the case. As Peter Hitchens explains, the rejection of mildly Christian cultural forms is much more emotionally important to New Atheists than any efforts might be to resist sharia, misogyny, violent anti-gay attitudes or even pro-terrorist efforts.
On the surface, this seems an amazingly irrational attitude for rationalists, but Hitchens bursts their bubble. Recounting his own decades spent as a shallowly leftist secular journalist, Hitchens unpacks his own old motives. He explains:
“We were differentiating ourselves from our parents--the denizens of a worn-down, seemingly defeated post-war generation, a crumbling empire, burdened with ancient and unexamined premises, weighed down by old songs and bored with ancient psalms, eager to cast off the dreary dross we associated with the glum burdens of adulthood. By rejecting our parents' half-hearted beliefs, and refusing ourselves to be parents, we were staving off in our own minds the march of time, the fact of aging, the grim biological fact of our own mortality. By remaining forever rebellious adolescents, we imagined that we need never grow old and die. Having children in itself is in some sense an admission that we must replace ourselves--because we were replaceable. And that is something our narcissistic generation could not admit. And so we didn't”.
If those were the stakes involved in biasing news reports against Christians, and putting a blandly happy face on the violence of Muslim immigrants, no wonder that BBC adopted the bias Sissons found there. No wonder our own efforts hit so fierce a resistance; by telling people that they are endangering future generations, we are reminding them that those generations will exist--that they will sooner or later be shoved by the Grim Reaper off the stage. We are the dreaded memento mori, the ghost of Banquo at the feast. It's no surprise then when they repress us, ignore us, despise us. We are the warning on the side of the pack of cigarettes, while their Muslims friends are merely the match.