Is Iran Backing Down On Nuclear Program? 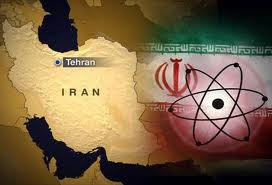 Good News: Iran’s nuclear chief signaled Tehran’s envoys may bring a compromise offer to the talks this week with world powers: Promising to eventually stop producing its most highly enriched uranium, while not totally abandoning its ability to make nuclear fuel.

Bad news: the Obama administration and the West hold a lousy hand as they go into talks with Iran.
The proposal outlined late Sunday seeks to directly address one of the potential main issues in the talks scheduled to begin Friday between Iran and the five permanent Security Council members plus Germany.

In a world of dreams and miracles, the conversations, starting Saturday, would end with the mullahs renouncing their drive toward nuclear weapons, and the disappearance of a thunderhead of foreboding and grief.


The U.S. and others have raised serious concerns about Iran’s production and stockpile of uranium enriched to 20 percent, which could be turned into weapons-grade strength in a matter of months.


But the proposal described by Iran’s nuclear chief, Fereidoun Abbasi, may not go far enough to satisfy the West because it would leave the higher enriched uranium still in Tehran’s hands rather than transferred outside the country.
Abbasi said Tehran could stop its production of 20 percent enriched uranium needed for a research reactor, and continue enriching uranium to lower levels for power generation.

It demonstrates that the Iranians are emboldened by the West's backing off in Syria. It acknowledges that some of the allies have serious concerns about Barack Obama's willingness to make concessions and stretch out the talks, playing for time, Iranian-style, until after the U.S. presidential election. And it imposes the conclusion that there is no visible way these so-called confidence building exchanges (don't call them negotiations) can produce confidence solid enough for the United States, Britain, France and Germany to believe that Iran is willing to cast aside the nuclear military program they accuse it of running.

As little as a month ago, the Obama administration was talking about the imminent departure of Bashar al-Assad, Syria's leader. His ouster would have been a vast blow to Iran, which regards Assad as its closest ally and buffer.
But backed by Russia and China, Tehran has little reason to offer more than a reformulation of its standard maze of denials and ambiguities in response to the West's weak diplomatic cards.
The West buckled in the face of Russian and Chinese resistance, withdrawing its U.N. Security Council draft resolution that demanded that Assad leave and that Russia halt its supply of arms to Syria. No substantive Western action followed. Assad remains.
The enrichment issue lies at the core of the dispute between Iran and the West, which fears Tehran is seeking an atomic weapon — a charge the country denies, insisting its uranium program is for peaceful purposes only.

Uranium has to be enriched to more than 90 percent to be used for a nuclear weapon, but with Iran enriching uranium to 20 percent levels, there are concerns it has come a step closer to nuclear weapons capability.
Abbasi said production of uranium enriched up to 20 percent is not part of the nation’s long-term program — beyond amounts needed for its research reactor in Tehran — and insisted that Iran “doesn’t need” to enrich beyond the 20 percent levels.
“The job is being carried out based on need,” he said. “When the need is met, we will decrease production and it is even possible to completely reverse to only 3.5 percent” enrichment levels.
It was not immediately clear whether Abbasi’s comments reflect what will be Tehran’s official stance when the negotiations begin in Istanbul more than 14 months after the last round collapsed.

At the same time, the Obama administration has left its European counterparts with a virtual certainty: that it wants the talks to extend until Election Day, Nov. 4. This is based on the flimsy premise that Israel will be reluctant to strike Iran as long as the talks continue.

Meanwhile, Foreign Minister Ali Akbar Salehi was quoted on the Iranian parliament’s website on Monday as saying he hopes for some progress in the upcoming talks but warned Iran would not accept any preconditions.
“We will honestly try to have the two sides conclude with a win-win situation in which Iran achieves its rights while removing concerns of five-plus-one group,” he said. “But imposing any conditions before the talks would be meaningless.”
Iran insists it has full rights under the NuclearNon-Proliferation treaty to enrich uranium to create nuclear fuel and says it only seeks enrichment levels to power reactors, but the U.S. and others worry that the same process can be used to make weapons-grade material.
Ahead of Istanbul, there are signs Tehran is confident it may have beaten back the toughest Western demands for a complete halt to uranium enrichment and that some bargaining room has now been opened for new proposals.


Yet the Obama administration's approach to the conversations does not include a clear demand for complete shut-down, which intensifies the likelihood of their dawdling futility.
Abbasi’s remarks follow a bravado last week from Iranian lawmaker Gholam Reza Mesbahi Moghadam, who claimed Tehran has the know-how and the capability to produce a nuclear weapon but would never do so.

The French, in this context, are describing themselves as "guardians of the temple," meaning that they have suspicions of U.S. concessions that would bend or skirt the Security Council's requirements for the mullahs to prove their total disengagement from pursuing nukes. (Think, in the worst case, of a triangular deal with Russia and Iran reflecting Mr. Obama's on-mike appeal to Vladimir Putin for "space" in exchange for "flexibility" on missile defense.)
He could well try buying himself more "space" - and get past the election in the process - by trying to bring together American and Israeli timelines on when Iran's drive becomes irreversible. Israel believed that it had nine months in which to act before Iranian targets entered an " immunity zone," while it considered that the United States, with its wider capabilities, had 15.


There are no guarantees Israel would lengthen its notational time frame to 15 months, but Washington could try by providing it with additional refueling aircraft and 200 GBU-31 bunker busters.
Doing so with time left on the clock for some unmistakable compliance from Tehran would at the same time draw a red line defining for the mullahs what the president meant when he said the U.S. would always "have Israel's back."
After a protracted flap over the venue for the talks, Iranian state TV reported Sunday that both sides had agreed on Istanbul. It said a second round would be held in Baghdad but that its timing would be decided during the meeting in Turkey.
Posted by Bobby Greer at 8:54 AM