Assad Must Be Removed From Power 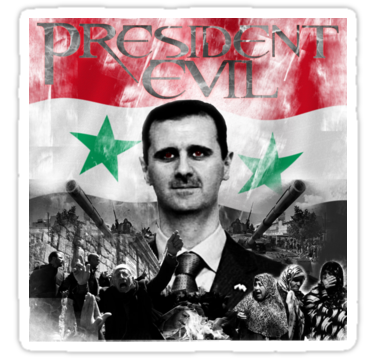 The bloodshed in Syria shows no signs of abating; proud cities like Homs and Hama, Deraa and Deir Az-Zour have become cities of death and sorrow, where daily life has become infused with the grief of funeral processions and the fear of confrontations with the security forces. Even the holy month of Ramadan saw no let-up in the regime’s brutality.


The revulsion for the actions taken by the Assad regime as it seeks to crush peaceful, popular and legitimate protests demanding freedom and political reform. Indeed, here in America I find that this country — whose long tradition of freedom of speech often encourages political disagreement — is united in its condemnation of the violence in Syria. Forthright speeches have been made by various agencies; journalists have reported clearly the bloodshed on Syria’s streets. The UN has temporarily withdrawn its ambassador from Damascus and has candidly spoken out in the GCC, Arab League and at the UN Human Rights Council. ﻿
﻿
The U.S ambassador to Syria too have joined in the chorus of condemnation against the Syrian regime, and expressed His support for the people of Syria. The concepts of Arab solidarity and dignity are alive and well in this corner of the Gulf.

In Europe, They have made clear their condemnation of the repression in Syria. On Sept 3, the EU took further decisive action against the regime by imposing a ban on the purchase, import and transport of crude oil and petroleum products from Syria. In addition, Europe-wide asset freezes and travel bans were announced against a further four Syrian businessmen and three entities.

This followed similar action taken previously against fifty individuals and nine entities supporting the regime. Those targeted include President Assad himself and his brother Maher, Commander of the Syrian Army’s Fourth Division. The EU has also banned arms sales to Syria and suspended all aid funding to the country.

Despite this international condemnation, and in flagrant disregard of the legitimate aspirations of the people of Syria, the regime staggers on and takes ever more bloody steps to ensure its own survival. The UK Government is clear that the international community needs to act together to try and prevent further bloodshed and to protect the Syrian people from their brutal rulers. That is why they're focussed on getting agreement in the UN Security Council for a tough resolution on Syria. In Europe, as in many other countries in the region and across the world, they're speaking with one voice on the issue. The same voice as the people across the Arab world.

Unfortunately, not all are convinced that action such as sanctions is warranted in Syria. They argue that national sovereignty is paramount, that President Assad’s wholly inadequate statements on ‘reform’ mean he retains the legitimacy to govern. This is strenuously unacceptable. Their task now is to counter the arguments of those members of the international community trying to block steps towards greater international action against the Assad regime. Their actions are indirectly prolonging the suffering of the Syrian people and as such are morally indefensible. If we succeed, I hope someday soon to pick up my morning paper and read about a bright future for the Syrian nation — a future its brave people so richly deserve.
Posted by Bobby Greer at 1:02 PM