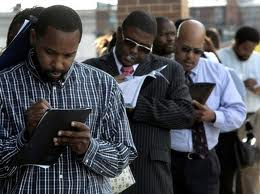 Overall U.S. unemployment is 9.1 percent. For white adults, it's 8 percent, and for white teens, 23 percent. Black adult unemployment stands at 17 percent, and for black teens, it's 40 percent, more than 50 percent in some cities, for example, Washington.
Some might find it puzzling that during times of gross racial discrimination, black unemployment was lower and blacks were more active in the labor force than they are today. Up until the late 1950s, the labor force participation rate of black teens and adults was equal to or greater than their white counterparts.
In fact, in 1910, 71 percent of black males older than 9 were employed, compared with 51 percent for whites. As early as 1890, the duration of unemployment among blacks was shorter than it was among whites, whereas today unemployment is both higher and longer-lasting among blacks than among whites.
How might one explain yesteryear's lower black unemployment and greater labor force participation? The usual academic, civil rights or media racial discrimination explanation for black/white socio-economic differences just wouldn't hold up.
I can't imagine even the most harebrained professor, civil rights leader or media "expert" arguing that there was less discrimination a century ago and that explains why there was greater black labor market participation. Racial discrimination or low skills can explain low wages but not unemployment.
During the 1930s, there were a number of federal government interventions that changed the black employment picture. The first was the Davis-Bacon Act of 1931, which mandated minimum wages on federally financed or assisted construction projects. During the bill's legislative debate, the racial objectives were clear.﻿﻿﻿﻿
﻿﻿﻿﻿
Rep. John Cochran, D-Mo., said he had "received numerous complaints ... about Southern contractors employing low-paid colored mechanics getting work and bringing the employees from the South."
Rep. Clayton Allgood, D-Ala., complained: "Reference has been made to a contractor from Alabama who went to New York with bootleg labor. ... That contractor has cheap colored labor that he transports, and he puts them in cabins, and it is labor of that sort that is in competition with white labor throughout the country."
Rep. William Upshaw, D-Ga., spoke of the "superabundance or large aggregation of Negro labor." American Federation of Labor President William Green said, "Colored labor is being sought to demoralize wage rates." For decades after Davis-Bacon enactment, black workers on federally financed or assisted construction projects virtually disappeared.
The Davis-Bacon Act is still on the books, and tragically today's black congressmen, doing the bidding of their labor union allies, vote against any effort to modify or eliminate its restrictions. ﻿
﻿
﻿
﻿The National Industrial Recovery Act of 1933 and the Fair Labor Standards Act of 1938 broadened the number of workers covered by minimum wages, with negative consequences for black employment across a much wider range of industries.
Good intentions motivate most Americans in their support for minimum wage laws, but for compassionate public policy, one should examine the laws' effect. That's seen by putting oneself in the place of an employer and asking, "If I must pay $7.25 an hour to no matter whom I hire, does it pay me to hire a worker who's so unfortunate as to have skills that enable him to produce, say, only $4 worth of value an hour?" Most employers would view hiring such a worker as a losing economic proposition; therefore, a minimum wage law discriminates against low-skilled workers by reducing employment opportunity.
Being unemployed has significant negative social consequences, one of them noted in the 1960s by Sen. Daniel Patrick Moynihan, who raised the alarm about the link between joblessness and the decline of the black family, saying that men without work become less attractive as marriage partners. Between 1890 and 1940, a slightly higher percentage of black adults had married than white adults. Today black marriage rates have fallen precipitously, where 72 percent of black children are born to unwed mothers.
So consider for one moment the impack the increased numbers of overall unemployment has on those living under the poverty line. The withering recession pushed the number of Americans who are living in poverty to a 51-year high in 2010 and left a record 54.7 million people without health insurance last year.
The 48.6 million Americans who were poor in 2010 - up from 39.8 million the year before - was the most since poverty estimates were first published in 1959. The national poverty rate of 17.4 percent, up from 13.2 percent in 2008, is the highest since the great depression.

Food stamp benefits is dulded out to more than 47.3 million people, also another record the current administration has achived.

Most of that decline stemmed from a loss in the percentage of people who have private and job-based coverage. The number of people with either fell from 201 million in 2008 to 140.5 million last year. The percentage with job-based coverage fell from 58.5 percent in 2008 to 51.8 percent last year, the lowest coverage rate since 1987.Massive job losses and work reductions for hourly employees led the number of uninsured Americans to rise from 46.3 million people in 2008 to 59.7 million in 2010. The number of Americans who have health coverage decreased - from 255 million in 2008 to 248.6 million in 2010 - for the first time since the data began to be measured in 1987.
﻿
﻿ As more people lost jobs and were unable to afford private coverage, enrollment spiked in government insurance programs such as Medicaid and the Children's Health Insurance Program. In all, the number of people with government-sponsored coverage went from 87.4 million in 2008 to 99.2 million last year.
These statistics are more than alarming, nearly impossible to comprenhend. this is the raw data and number the Obama Presidency has produced, and he wants another four years to make thes numbers here pale by comparison.
So, before you pull that lever and vote in the national election next years, the numbers don't lie, and this path WILL destroy any chance of economic recovery.
Posted by Bobby Greer at 10:30 AM