President Ali Abdullah Saleh made a surprise return to Yemen on Friday after more than three months of medical treatment in Saudi Arabia in a move certain to further enflame battles between forces loyal to him and his opponents that have turned the capital into a war zone.


﻿
﻿  Saleh, who did not immediately appear in public after his return, called for a cease-fire and said negotiations were the only way out of the crisis. The statement, however, suggested he does not intend to step down immediately and was likely to only anger protesters who have been demanding his ouster for months and the military units and armed tribal fighters that back the opposition.﻿ ﻿Abdullah Obal, an opposition leader, said he believed Saleh "returned to run the war and drive the country into an all-out civil war."

﻿﻿The cannons are now speaking. Gunfire is doing all the talking," he said. "The opposition can't meet in this atmosphere. The military people are the masters of the situation now."

The crackle of gunfire continued to be heard over Sanaa after the president issued the cease-fire call. This week, the long deadlock that endured even during Saleh's absence broke down into the worst violence in months as forces loyal to the president's son attacked protesters in the streets and battled troops led by one of the regime's top rivals, Maj. Gen. Ali Mohsen al-Ahmar, a former Saleh aide who joined the opposition early in the uprising.﻿
﻿
Around 100 people have been killed - mostly protesters as regime troops hit their gathering with shelling or barrages of sniper fire from rooftops. Residents have been forced to hunker down in their homes or flee the city as the two sides exchanged bombardment over Sanaa from strongholds in the surrounding hills.Saleh's return is a blow to already crumbling efforts by the United States and Saudi Arabia to work out a peaceful handover of power.

Washington is eager for some sort of post-Saleh stability in the strategically placed but deeply divided and impoverished nation in hopes of continuing an alliance against al-Qaida militants in Yemen - the terror network's most active branch, blamed in several plots for attacks on U.S soil.﻿
﻿
The two countries have been pushing a deal by which Saleh would resign in return for immunity from prosecution. Obal accused Saleh of igniting the current violence to wreck the deal - and he said the opposition was hardening its position. "The initiative can no longer give guarantees against prosecution amid all this killing," he said.

In Washington, State Dept spokeswoman Victoria Nuland said the deal was still the basis for a solution in Yemen. "Whether President Saleh is in or out of the country, he can make this happen by signing this accord, stepping down from power and allowing his country to move on," she said.﻿
﻿
Both the U.S. and Saudi Arabia were believed to be trying to keep Saleh from leaving Saudi Arabia. Obal blamed the two countries for not exerting enough pressure on Saleh to step down.


Saleh went to the kingdom for treatment after he was severely burned over much of his body and wounded by shards of wood in a June 3 explosion at his presidential compound in the capital Sanaa. His departure fueled hopes that he would be forced to step down, but instead he staunchly refused to resign, frustrating protesters who have been taking to the streets nearly daily since February demanding an end to his 33-year old rule.As time passed and Saleh recuperated, he was widely expected to stay in the kingdom - and the timing of his return today was a surprise.

The fighting continued after Saleh returned at dawn Friday. Heavy clashes and thuds of mortars were heard throughout the night in Sanaa and into morning hours. Two people were killed overnight after mortars hit the square in central Sanaa where protesters demanding Saleh's ouster have been camped out for months, a medical official said on condition of anonymity. Another two anti-Saleh fighters were killed in a flashpoint neighborhood, where a standoff between Saleh loyalists and a powerful rival tribe have raged. Witnesses said a mortar shell landed on the group of anti-Saleh fighters as they ate breakfast, killing the two, and injuring scores. 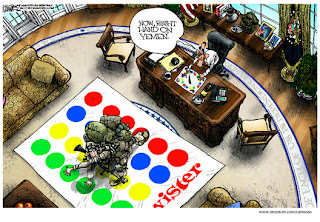 By noon, thousands of Saleh supporters and opponents poured into the streets for parallel rallies in different parts of Sanaa during a lull in fighting. The rallies revolved around Friday prayers and also included funeral ceremonies for those from each side killed in the clashes.

Reflecting Yemen's widening rift, each side blamed the other for igniting the latest violence.

At the pro-Saleh rally along Boulevard 70 in southern Sanaa, sermon leaders accused the opposition of attempting a coup and warned against civil war. Saleh's supporters carried his pictures along with those of the Saudi king in a tribute to the neighboring country where Saleh was recovering. Some chanted, "We love you, Ali."

At the opposition rally on Boulevard 60, demonstrators carried pictures of those killed in the violence as speakers urged security forces to stop killing their own people.


"His return means more divisions, more escalation and confrontations," said Abdel-Hadi al-Azazi, a protest leader. "We are on the verge of a very critical escalation."

Yemeni TV announced his return Friday morning, but did not show any footage of him. Saleh's statement, carried on the state news agency, called for a total truce and "a cease-fire to allow for room for an agreement and consensus among the political players."

"The solution won't be through cannons and barrels, but through dialogue, understanding and ending the bloodshed," he said.﻿ ﻿State TV said Saleh was in good health.

The U.S. and Saudi Arabia have been trying to persuade Saleh to sign onto a deal proposed by Gulf Arab states, under which he would resign and hand power to his vice president to form a national unity government in return for immunity from any prosecution.

The mercurial Saleh has repeated promised to sign the agreement, then refused at the last minute.

The latest violence erupted after he recently delegated his vice president to restart negotiations with opponents on the deal. It was considered another stalling tactic by Saleh, and it was followed by a violent crackdown on protesters in Sanaa and other cities. 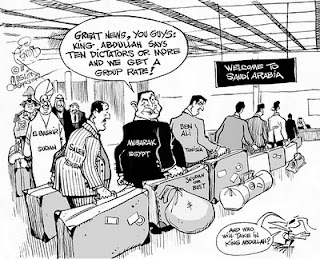 Yemen's turmoil began in February as the unrest spreading throughout the Arab world set off largely peaceful protests in this deeply unstable corner of the Arabian Peninsula. Saleh's government responded with a heavy crackdown, with hundreds killed and thousands wounded so far.