See what al-Qaida does with children

Al-Qaida actively recruits children to be suicide bombers by having its loyalists hang out at mosques and Islamic schools and offering books, flyers and magazines and occasionally money, but they have found that Islam is the biggest incentive to convince youth to blow up themselves and kill others, according to a federal document.

"Juveniles as young as 14 years of age are used for martyrdom operations," stated the document, obtained by Judicial Watch under a Freedom of Information Act request. "Juveniles are more willing to martyr themselves due to their lack of reasoning on taking innocent lives."

The documents, from the Department of Defense's Defense Intelligence Agency, came in response to a request for records relating to children as intended targets of terrorism and the terror threat against children.

The government identified several documents responsive to the request, and forwarded them to Judicial Watch after significant redactions of information regarding who formulated the assessments and to whom they were delivered.

A letter from Paul Jacobsmeyer, chief of the Office of Freedom of Information for the DoD, explained that other information that was redacted "concerns intelligence activities including covert action, intelligence sources or methods, or cryptology."

The first document has the topic lines "FM JTF GTMO," and it is to "[redacted] Washington D.C."

The subject is "recruitment of juveniles by al-Qaida." It further specifies the al-Qaida at issue is in Saudi Arabia and Yemen. 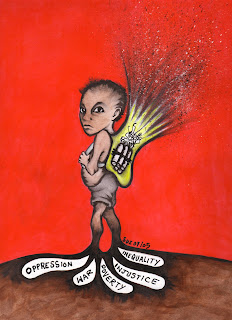 "Extremist groups in Saudi Arabia and Yemen used religion as the main mechanism for recruiting juveniles," the first report said. "These groups would take juveniles to mosques to listen to religious lectures. More time was spent with the youths who appeared susceptible to the ideology of the extremist group."

The report continued, "Juveniles are also solicited for recruitment after they buy extremist videos at local markets."

Young people who get into trouble also are prime candidates, it said.

"The extremist groups have connections with, or are members of, local law enforcement. … These groups will arrest targeted youths for their illegal activities. Once the youths are jailed for a few days, a member of the extremist group would visit the youths. The extremist member would offer to help the youths get out of jail and clean up their lives if they joined the group."

Kids also were asked to recruit their friends, the report said.

"The method of recruitment that generates the most responses from recruits is showing videos of Muslims fighting jihad in Bosnia, Chechnya or Afghanistan."

While juvenile males make up an estimated 20 percent of al-Qaida, the juvenile females "become brides for extremist members," the report said.

The report suggested that the evaluations were being made by someone interviewing a detainee at Guantanamo.

"The detainee believes that most Muslims do not justify attacks on children. The detainee did not know of incidents where extremists groups had punished members who had targeted children."

"Juveniles volunteer to join terrorists groups thinking it is their religious duty to fight in the name of Islam. … Mosques and Islamic schools are main locations where recruitment of juveniles occur. Books, flyers, and magazines are used as popular recruitment tools."

It was the series of "superhero" cartoons promoting the tenets of Islam under the title "The 99" – which has been praised by President Obama.

"These are not the types of heroes you want your children to have," Ted Baehr, publisher of MOVIEGUIDE," told us. "These heroes, at their core, because they represent values contrary to humanity, at the core these heroes are more villain than hero."

Reports by Family Security Matters and others already have circulated about the plans by The Hub, formerly Discovery Kids, to produce the series featuring characters portraying the 99 attributes of Allah.

The New York Post ran a column describing plans for the Shariah-compliant Muslim superheroes – "including one who fights crime hidden head-to-toe by a burqa."

"These Islamic butt-kickers are ready to bring truth, justice and indoctrination to impressionable Western minds," the report said.

That's the problem, according to Baehr, with the Middle East cartoon that reportedly is being picked up and scheduled for a launch this year by Hasbro toys and Discovery Communications.

"Curiously or not so curiously considering his track record, President Obama, who was raised as a Muslim by his stepfather in Indonesia but supposedly converted to Christianity, praised this work created by Kuwaiti psychologist Naif al-Mutawa, saying at an April meeting with Arab entrepreneurs, 'His superheroes embody the teachings of the tolerance of Islam.'"

I also previously have reported the content of Islamic children's TV programs:

For example, the terror group Hamas' Al-Aqsa Television has "martyred" a children's bunny character named Assud and knocked off a Mickey Mouse-lookalike for the cause of jihad.

Also in a report documented by the Middle East Media Research Institute, an Al-Aqsa program features a children's choir thart opens with: "Dad, we put on our new clothes. Give us our pocket money. Today is a holiday. … Me, my brother, and the neighborhood kids want to arm ourselves with guns."

MEMRI explained that the message is an excerpt of a holiday video aired on Hamas Al-Aqsa Television called "Holiday Gun."

According to MEMRI, the lyrics continue with the father singing:

"My children, I'm worried about you.

"My children, I'm worried about you.

"Think about another toy.

"You are the apple of my eye, may Allah protect you."

And the children return:

"Dad, we are a steadfast people.

"These guns need hands to carry them.

"Dad, we are a steadfast people.

"These guns need hands to carry them.

"Today we play, tomorrow we will wage Jihad.

"How joyous my heart will be on the Day of Return."
Posted by Bobby Greer at 7:51 AM