COLLAPES: It Can (And WILL) Happen Here

﻿
If you were to lay all the economists in the country end to end; you still would never reach any conclusion. For every opinion held by one of these practitioners of disinformation, three more will take different and conflicting points of view. Some will even defend the indefensible: LIKE; the federal government's continued deficit spending. 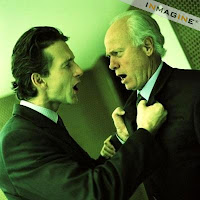 Economists of both liberal and conservative strip each respective reason why deficits don't really matter or, if they do matter, why America's case is special. They argue that even if the debt is growing from year to year, so too is our economy. The United States' gross domestic product (GDP) nearly doubled in the past decade, and it's still one-quarter greater than Japan's and Germany's combined.

Politicians usually seize upon whichever economist's argument suits their agenda at the moment. Reagan was beguiled by a faction of Supply-Side economists that argued that cutting taxes would creat so much economic growth that government revenues would increase and the debt and deficits would vanish. Reagan proposed and got tax cuts through congress, which did prompt incredible economic growth, but failed to substantially reduce the deficit because revenue growth was both overestimated and re-invested in technological advances (SDI) Strategic Defense Initiative; for the promised reductions in government spending to take place, in fact, government spending actually increased during the Reagan years. 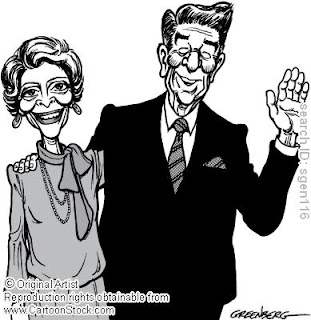 I did not use complicated mathematics or computer generated economic models to make this case. I believe that clear eyes, well researched facts, good sense and lessions drawn from historical experiences of other countries are all the tools one needs to come to some basic conclusions about the economy.
It's as simple as Personal Finance 101. Just as a person who pockets a hefty pay raise can afford to charge more on his credit cards, a country whose GDP is expanding can safely take on more debt. But there's a caveat to this contention that many people neglect to mention, "Debt must remain in some reasonable ratio to income if a person wants to remain solvent.
As long as debt as a percentage of  the country's GDP remained constant or declined, the US could afford to borrow. We got ourselves into trouble when our debt began to grow faster than our GDP, which is the alarming situation we still face to this day. It's true that the past decade our GDP almost doubled, but our debt more than doubled as fast as the percentage of GDP.
To get a better understanding of what I'm talking about, let's look at a little not-so-long-ago history. The country borrowed heavily to pay for World War 2, and at the war's end our debt was 128% of GDP.  But from 1946 through 1974, our debt as a percentage of GDP steadily declined to 35%. Since 1982 though, the percentage has increased dramatically. In 1982 America's debt stood at 36% of GDP. In 1991 it had rose to 64%. Today our debt ot GDP ratio is 72.9% of GDP. What's being deminstrated is that our debt is growing three times faster than the size of our economy. That's why we're in such deep DO-Do. ﻿
﻿
Our debt as a percentage Of GDP is higher and growing faster than that of most industrialized nations in the world. It's also indisputable that no government anywhere, ever, has operated for long under these circumstances without its citizens eventually paying a really fucked-up price, and nothing about the United States suggests that we're in any way exempt from this rule of history.
American citizens and institutions are the biggest buyers of US tresury securities, but the total amont we owe to foreigners has soared. The US, like any garden-variety developing nation, is now in debt to the world. A creditor nation is one that has more invested abroad than foreign countries have invested in it, Basic, and a debtor nation is just the opposite. In 1975 we were the world's largest creditor nation, and by 1986, we were had become the world's largest debtor nation, a ignominious position that we still hold to this day.
The issue isn't the percentage of our debt that's held by foreigners; it's the total amount we owe them. The amount matters because that's what we pay intererst on. If we fork over, say, an average of 8% interest on the national debt, we'll send foreign crestors  more than $230 billion this year alone, that's wealth that our kids WILL NEVER see, ever, their money. Moreover, debt securities form the core holdings of US banks and pension funds, including the pension funds of state and local government employees. If the federal government defaults on its debt, first to get obsorbed  will be these accounts.
The degree of our indebtedness means that we must dance to the foreign investors tune, or, they'll stop lending to us. If foreigners stop buying new treasury securities, we won't have the money we need to run the country. If foreigners become reluctant to buy our debt, we have to increase the interest rates we pay in order to make treasury investments more attractive, a move that would have dire consequences for the economy. It's already happened in the spring of 1992, the interest rate on long term treasury securities was bumped up a full point, because the government was unable to attract enough investors at lower rates.
If foreign investors decide to cash in on their treasury securities, they'll use their money to buy productive assets, such as factories, and entire companies in this country. Foreigners own more than $7.4 trilion in US based assets, to include such American icons as Rockefeller Center, Burger King, Brooks Brothers< Holiday Inn, Columbia Pictures (etc). Forewign ownership of US assets has more than quadrupled since 1980. If the trend continues, as it assuredly will if we don't rein in our and spending, we will have to transferred control ofmost of  our productive assets from ouyrselves and our kids to foreign owners. With ownership will go the stream of profits thhat was to serve as our kids inheritance.
As the United States is about to find out for itself, people and countries get little respect when they're so far in debt that they can't pay back what they owe. The debt we're continually building will very soon deprive us of our wealth, to be sure, but it's also going to cost us our prestige and infuence in the world and take a large bite out of our self-respect. You only have to half-read the newspapers to know that the United States has already lost much of its ability to compete commercially and diplomatically with other nations, Particularly Germany, Russa and China. We don't have the same policy clout we once had overseas, and we can't eventake care of the social problems we have here at home. a country can put things on the tab for only so long before it starts paying a price, and we're about to start paying it.
GOOD LUCK AMERICA
Posted by Bobby Greer at 1:18 PM