A History Lesson About Debt And Deficits 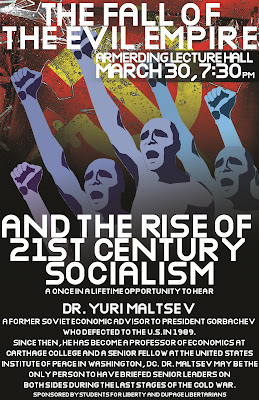 If the United States were the first country in history to experience the crisis that debt and deficits are about to bring down on us, government officials might have some excuse for what they've done.
One of the most exasperating characteristics of our problem, however, is that our so-called leaders started us down this road knowing exactly where it would lead. Or, if they didn't know where they were taking us, they should have known, because the historical precedents are legion. Sooner or later, every country that has spent beyond its means has collided with disaster. The crash that we are about to experience has been experienced many times before.
Why, for instance, did Rome fall?

Three successive emperors, Caligula,Claudius and Nero, all emptied their treasuries to pay for lavish ceremonial feasts, luxurious villas, elaborate temples, no show servants and bribes to the army and praetorian guard to ensure their loyalty. When they ran out of cash, these arrogant rulers raised taxes, seized the assets of wealth citizens, or expanded the money supply by re-minting old coins using more base metal and less gold and silver.

What they got for their trouble was severe inflation. In one thirty-year period during the third century A.D., the price of wheat rose 100,000 %.! A loaf of bread that cost the equivalent of $2.00 at the start of the period cost $2.000 at the end. By the time  collapsed, high taxes had already destroyed Roman commerce. Cities and towns were reduced to ruin by lack of investment in their maintenance, the population was impoverished and dwindling, and riots and rebellion were commonplace.
Thirteen hundred years later, Spain, which had been one of the mightiest countries in , began running huge deficits to pay for wars, a bloated civil service, and endemic corruption. By the end of the sixteenth century, revenues covered only half the state's spending. Sound Familiar? Repeated currency devaluations, growing inflation, and a murderous tax burden killed off Spanish industry and agriculture. Impoverished, Spain lost its global influence as its empire contracted to a fraction of former size.﻿

Some economists think that if the  is very, very lucky it can fix its debt/deficit and suffer no more in the process than  has in the last thirty years. 's economy didn't so much crash as it did run aground. In 1976, the British government had to ask the IMF for help in servicing its debt, an acute embarrassment to the once mighty kingdom. In 1979, with inflation nearing 14%, British elected Margaret Thatcher to lighten ship. Her platform stressed fiscal conservatism, lower taxes, and a reduced public sector. Thatcher's unpleasant task was to remind Brits that though the public might make unlimited demands on the government for services, the government's resources were nonetheless finite.


If the  has its own Margaret Thatcher, We haven't elected him or her to national office yet.

One thing is certain in these troubling times:  What we do now will determine what happens to us later, both as individuals and as a nation. Little time remains for us to act, and, even then, our actions must be decisive, bold and radical if they are to prove effective. Forestalling the demise of our country requires the commitment and participation of all of us, NOW!