It's All Happened Before

Unless the people's government in Washington D.C makes drastic changes in its fiscal policies now, the typical American family will be fortunate in 2013 if it can feed and house itself, and even then not in the manner to which it has been accustomed.
Grim reality:
As many as 20% of American jobs--Gone.
Personal savings--Eviscerated by inflation.
Pension and social security payments--Cut or eliminated by inflation and mismanagement.
The American dollar--A joke.

This is not an exaggeration. In fact, I may be understating the degree of the calamity that will befall most Americans. It's going to be awful, and whatever you think I mean by awful, you can be sure that it's going to be worse.
While we can't be certain exactly when the tragedy of America's economic collapes will unfold, we can be pretty certain that the bottom will drop out of the American economy in one of either ways or in some combination of both. In one scenario, which I'll call "Death by Hyperinflation", prices spiral out of control and the dollar loses value-- first by the month, then by the week and eventually by the hour. In the other scenario, which I'll call "Death by Panic", traders and investors on the world market literally put America out of business.
Probably, well get a taste of both, Hyperinflation and panic sell off, but the shooting victim hardly cares whether he's dead from a .45 or a .357 caliber bullet. Hyperinflation or market panic or any combination of the two will finish off America as it was once known.
We saw how continued deficit spending by the federal government has raised the national debt to record-breaking levels that interest payments alone are already almost more than we can afford. Congress, the President and the American people must wake-up now and realize the size and seriousness of the problem that we all face.
But what if we don't wake-up? After all, Americans have the attitude that we can get of any crisis after it's occurred. This time we're wrong. You can't  recover from cancer once you've died. So, what if we let the calamity develop? How does "Death by Hyperinflation an Death by Panic play themselves out? some of what follows is speculation, but none of it is implausible, and if it doesn't happen in exactly the way I've laid it out here, it will happen nonetheless and  in some other way that's just as unpleasant. I've spent two years studying just such effects around the world.
Both scenarios begin with the White House blaming the crongress and congress blaming the Withe House for everything that ails us. Neither of them will tell us the truth and we, the electorate, keep electing the people who are best at telling us only what we want to hear,,and how much they are going to do for us.
Besides, our leaders help us find plenty of outside devilsto blame for the recession that, over the last few years, just wont break, and for the joblessness that just keeps getting worse. We can hate the Middle East and Europe, who think we are greedy and arrogant because they keep buying our companies. We can damn the Mexicans who we believe will work for peanuts and continue taking our jobs. We can resent the Saudis and all O.P.E.C. nations who control the price of oil. We can even go to war in Libya because Gadahfi is not a nice man and it's more fun foe Obama to fight with him than to deal with the problems here at home.
Meanwhile, here's what's happening behind the scenes. Every 6 months the US Treasury borrows more and more money to pay the ballooning interest on the growing debt that you and I creat, and every year the note, bonds and bills that the Treasury sells to raise this money are getting harder to peddle to wary investors. A prominent investment adviser recently said "Who in their right mind would invest in Treasuries?"
Investors are worried about the government's ability to continue to service this swelling debt burden. The only way the treasury can continue to find buyers is to agree to pay higher andever higher interest rates, which, of course only makes the government's payment problems worse. Or, the Treasury can sell all of its debt to the federal reserve, which has the effect of creating the money the government needs to service its debt. Both alternatives involve unpleasant costs, and the choice poses a dilemma to the people at the Treasury and fed. They have to decide whether investor revolt or inflation is the greater immediate risk.
The Nightmare Snenario: 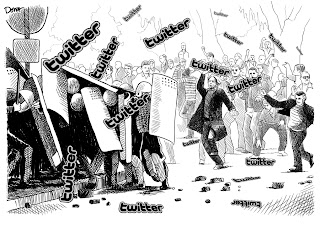 By the end of this month, the government announces plans to cut the armed services by half. The other half will be kept on , at half pay, to quell the uprising that begun in cities and suburbs alike. Riots Become commonplace throughout the country. Congress passes emergency legislation eliminating social Security benefits for anyone earning more than $10.000 a year and cutting benefits to remaining qualifiers by 75%. Medicare and Medicaid are temporarily suspended. With no prospect of receiving these payments, hospitals begin to curtail, and in some instances eliminate,treatment for what are now charity cases. Many hospitals begin to show signs of failure, and some in fact, will fail. Doctors incomes plummet, as a whole and then drop into the abyss.
Many stores close since consomers have no cash because by now most banks have failed. No one honors credit cards, but some entrepreneurs set up barter exchanges. People trade their new stereo televisions for a week's worth of groceries, but they hold on to the Audi against the day when gasoline might be available again. In Lower Manhattan, pedestrians run the risk of being struck by plunging suicides, and in California a nonpartisan committee called RAG (Restore America's Greatness) is organized to draft a Reagan like conservative to put our economy back in some kind of working order.
I know that these scenario's sound extreame and far fetched in this day and age, but there so few that actually remember the Great Depression of 1930s' and those that do remember, aren't concerned with the out come, they feel, It could never happen in their life time
Posted by Bobby Greer at 8:20 AM