So Proudly We Will Fail 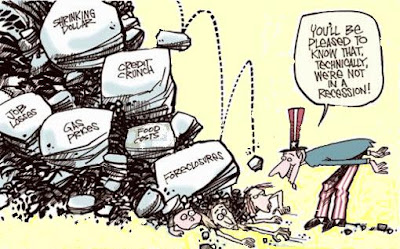 At least five times in the past ten years, Washington politicians have announced a new law, or reached a new agreement that they promised would bring spending under control in order to reduce and eventually eliminate budget deficits. Each time as we now know, they have been wrong. Well, either wrong or lying or both.
If there are elected officials currently serving in Washington who both know how to attack the government's propensity to overspend and want to attack it, they are a pitiful few, and they have their hands tied. Most elected officials realize, in fact, that their re-election to office depends on their perpetuating a system that encourages waste and deficit spending. We, the American people, are to blame for this sorry situation. The sad truth is most of us don't even realize what has been done to our country in so short a time. Consequently, we have sat back as a silent majority and let the special- and foregin interest lobby groups destroy our country.

If Washington officials really wanted to cut trillions of dollars from the federal budget, they could have followed the Gace Commission, created by President Ronald Reagan in 1982. But, they didn't.
If Washington officials really wanted to control the budget process in order to phase out deficit spending, they could have stuck to the terms of the Gramm-Rudman-Hollings Act as it was passed in 1985, But they didn't.
If Washington officials really wanted to put an end to deficit spending, they could have lived up to the two revisions of Gramm-Rudman-Hollings in 1987 and 1990, But they didn't.
Or, are Washington officials genuinely interested in stacing off the calamity that budget deficits and a huge national debt have been brought down on the country could have abided, at least, by the terms of the budget agreement of 1990, But they didn't.
In every attempt to control their own irresponsibility in spending the public's money, Washington officials in the white house and congress have failed.
It's hard to be cynical about legislators and officials in the executive branch who are either fooled by their own words or assume that the public will be. Most of the decisions and actions taken in Washington in the name of deficit reduction in the last sesven years have reduced nothing but the deficit's visibility. Maybe elected officials believe that if no one sees something, it isn't there, or that if the public sees less of something, it has grown smaller.
If attempted deception were a federal offense, almost everyone involved in the federal budget process would be guilty of the crime. But, like the movie gang that couldn't shot straight, the Washington gang hasn't disguised its deception well.
The deficit reduction language spoken today in Washington is the opposite of what's actually being said, (ie) "reduction" has come to mean "increase". Congressional budget writers defend their terminology by explaining that the spending levels were lower than earlier projections of spending. You probably don't have to ask who makes the projections. Just calling something a reduction doesn't make it so, of course; it doesn't even hide the truth all that well, but what it does do, however, is keep legislators and voters alike from dealing honestly with reality, because to do so is to acknowledge that an attempt was made to deceive and that it failed. Here's a perfect example: The child who fibs about raiding the jelly jar can't acknowledge the jam on his face even when it's plainly there for the world to see. ﻿
So it took the threat of economic calamity to force Congress and President Barack Obama to finally reach a debt deal. Just like it took a near government shutdown to compel them to strike a budget agreement in April. And the prospect of an unpopular tax hike at the start of the year to force them to compromise in December.
So what have we learned from the default crisis? Expect more 11th hour decisions to come, America.
The same messy forces of divisive politics, decisions-on-deadline and vastly differing visions for the country will apply to the two overlapping stories barreling in on everyone. The first is the 2012 campaign, in which the White House and Congress are on the line. The second is the coming period of governing in which the debt fight will only get harder.


In the least, one lesson for the next year and a half is that the government can work when it absolutely has to do so. The deal moving through Congress gives the country enough borrowing power to pay all its bills come Wednesday morning, cuts spending and sets in motion a vote on broader deficit reduction this year.﻿
﻿ ﻿ ﻿
Yet to expect more — say, a bipartisan jobs agenda — is a real reach before the next election. And oh, what a mess to get this far.
Washington always has stalemates, but this one brought the country to the brink of defaulting for the first time in history.

By the end, Obama found it more effective to plead with the public to lobby lawmakers through Twitter than to negotiate with them.

No leader emerged talking about how this all built trust between these two branches of government. It was more like an endurance contest that left much of the world in disbelief.

A Pew Research Center poll out Monday found that most Americans of all political persuasions found the default fight to be ridiculous.


Take me for instance, a 52-year-old avionics teacher in Miami, I captured the sentiment of many on Monday when he said the fight in Congress will hurt Democrats and Republicans alike come election time. "They're all going to have a hard time recovering from this," he said, Well, I took it as meaning, "No more Mr. Nice Guy". 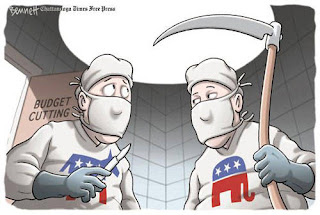 The standoff revealed that the Republicans, despite controlling just half of Congress, exert enormous influence over what gets done and what does not. They were unyielding in insisting on spending cuts, even above the amount the debt limit would be increased, a condition never before attached.

Obama wanted tax increases on wealthy Americans to be part of the deal but the Republicans refused to go along, and the president relented. Obama, though, achieved his final bottom line, winning an assurance the country would not have to endure the same mess or the threat of default until at least after the 2012 election.

In essence, it was another forced compromise for both sides, not a willing one, which is how the pattern is sure to continue.

The debacle also said something about the country itself.

People want less squabbling from their elected leaders. Yet many times they vote in ways that practically ensure it, by ousting moderates in party primaries and electing, in some cases, candidates who proudly say they will not compromise.


And what about those millions of missing jobs? All sides say they care about that issue the most. Obama's re-election will likely be driven by it. 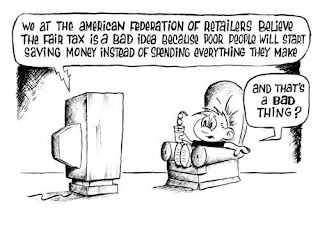 Yet another take away from this episode is that Washington is immersed in issues that target employment only indirectly: the size of the debt, the need to inject fairness into the tax system, the political will to reform Medicare, Medicaid and Social Security, the very role of government.
Obama said from the start he wanted to take on big deficit reform. But Republicans, particularly the boisterously conservative tea party-flank of the party, forced the issue by winning the 2010 elections. Regardless, the true test of leadership on the debt is coming soon.

Almost overlooked in the mad push to avoid a meltdown this week is what would have to happen by Christmas.


The debt legislation would force Congress to vote on up to $1.5 trillion in deficit reduction by Dec. 23, taking on tough issues that have proved elusive for decades. And if Congress fails to do so, it would have to live with about $1 trillion in automatic cuts both parties would hate, a built-in penalty intended as incentive. 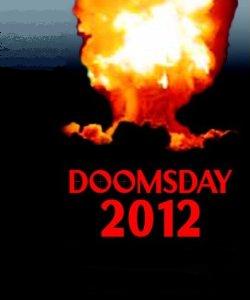 So that action will frame up the next five months in Washington and set a crucial tone for the 2012 elections.
Campaign strategists say it's too early to know how the debt-ceiling issue will affect the mindset of voters.

Democrats are in serious danger of losing their 53-47 edge in the Senate in the 2012 elections. They have far more competitive seats to defend, including those in Missouri, Montana and Nebraska. In the House, it is conceivable Democrats could regain control, but it would take a big wave election in their favor.

For Obama and congressional Democrats, the biggest campaign challenge might be to find a better way to shape their message to voters.

Democratic strategist Doug Thornell said Obama clearly has angered some liberals, but he is poised to make significant inroads with independents, the slice of the electorate that has decided the last few elections.

And James Cottrill, a Santa Clara University political scientist, said the biggest gain for Obama is that he avoided a federal default that many voters might have blamed on him. On the down side, he said, "jobs are what will matter in 2012, and it is hard to see how spending cuts are going to offer any help in that regard."

As the votes needed to get the bill to Obama's desk appeared to be coming together on Capitol Hill, it was hard to find anyone who was not eager to move on.

"This was a mess. There is no question. It was a circus at times," presidential spokesman Jay Carney said at the White House. "We unnecessarily sent the message around the country and the globe that the United States might, in fact, default on its obligations for the first time in its history. But in the end, compromise won out."

He said that was hoped to build upon.

The country will know the next time its government is up against a deadline.