A Second Stimulus? The real reason for it

President Obama’s new jobs program might be unveiled right after Labor Day. The White House has gone silent for a long time while unemployment remains above 9% and economic growth slumps to .4%.
What could be his new, imaginative idea?” Could it be Stimulus II?
Yes, after the failure of the first $887 billion round of stimulus, the President’s best idea may be to recommend more stimulus spending. 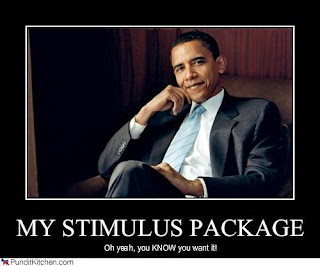 The Washington Post has floated a trial balloon from White House aides that report:”President Obama has decided to press Congress for a new round of stimulus spending.” No dollar amounts were mentioned, but I'm willing to go out on a limb and say that he'll ask for around $1.7 trillion, of which he knows that republicans will vote it down.
Last Wenesday during his bus tour in Atkinson, Illinois the President prepared his audience for his new economic policy, saying he would cut spending by spending more, this is his typical, predictable logic when there's a financial crisis happening. The two, he said, are not inconsistent. “When Congress gets back in September, my basic argument to them is this: " We should not have to choose between getting our fiscal house in order and jobs and growth.” WARNING; right here in this statement is where you'll find the fiscal irresponsibility.
Meanwhile in reaction to a slew of bad economic reports and the news of a new stimulus plan, Wall Street is experiencing another meltdown, and the investor is taken on the of the wildest rollercoaster rides, Ever, and 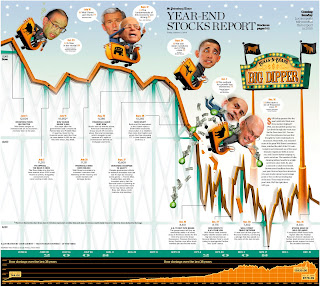 The Dow Jones average swooned at the opening bell, down at least 450 points. Adding to the downturn were the weekly jobless claims report showing an increase of 9,000 new unemployment claims, topping to a monthly total of 408,000. In other bad news home sales dropped 3.5% and factory activity in the Mid-Atlantic region tumbled to a two year low.
The President will be able to munch on all these new economic reports while he luxuriates on the celebrity island of Martha’s Vineyard, it is likely that either right after labor day, or early when congress  convenes next month.
It almost seems as if the government, both political parties included, are pandering to the American public, and are saying “We’re sorry we let the economy get so bad due to bad oversight of the mortgage industry and Wall Street. Here, we’ll send you a check to make it all better.”
Seriously, the $887 billion bailout package turned out to be a slush fund, so, the new word this time will be “A little fiscal restraint”? Don’t they realize that the lack of such restraint and the “I want it now” mentality is what got us into trouble in the first place?
There's a serious debate in this country as to how best to end the recession. The average recession will last five to 11 months; the average recovery will last six years. Recessions will end on their own if they're left alone. What will make the recession worse is the wrong kind of government intervention.
I believe the wrong kind is precisely what President Barack Obama will propose. I don't believe his is a "stimulus plan" at all -- I don't think it stimulates anything but the Democratic Party. This "JOBS" bill is designed to repair the Democratic Party's power losses from the 2010 butt whipping and to cement the 2012 re-election of Obama. 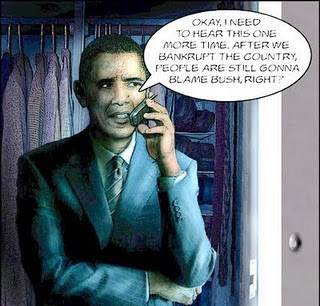 Keynesian economists believe government spending on Obama's jobs plan /shovel-ready infrastructure projects -- schools, roads, bridges, or, temporary jobs  is the best way to stimulate our staggering economy. Supply-side economists make an equally persuasive case that tax cuts are the surest and quickest way to create permanent jobs and cause an economy to rebound. That happened under JFK, Ronald Reagan and George W. Bush. We know that when tax rates are cut in a recession, it brings an economy back.
Notwithstanding the up-coming media blitz in support of the Obama jobs/stimulus plan, most Americans, will be most skeptical. They feel the president will increase government spending too much. Since the American people are not certain that the Obama stimulus plan will be the way to go, again,  it seems to me there's an opportunity for genuine compromise. At the same time, we can garner evidence on how to deal with future recessions, so every occurrence will no longer become a matter of partisan debate. Yes, elections do have consequences, and if, (I really mean) WHEN this stimulus fails to garner the long term job prospects and economic growth, Obama will blame the GOP, there by assurring his re-election. 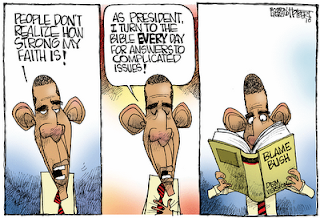 What are your thoughts on a new stimulus package? Good idea? Bad idea? Should we wait a little while?
Posted by Bobby Greer at 4:30 PM

Labels: My Personal Openion, The Black Conservative, The Debt Crisis